Completed and open to the public in November 2015! 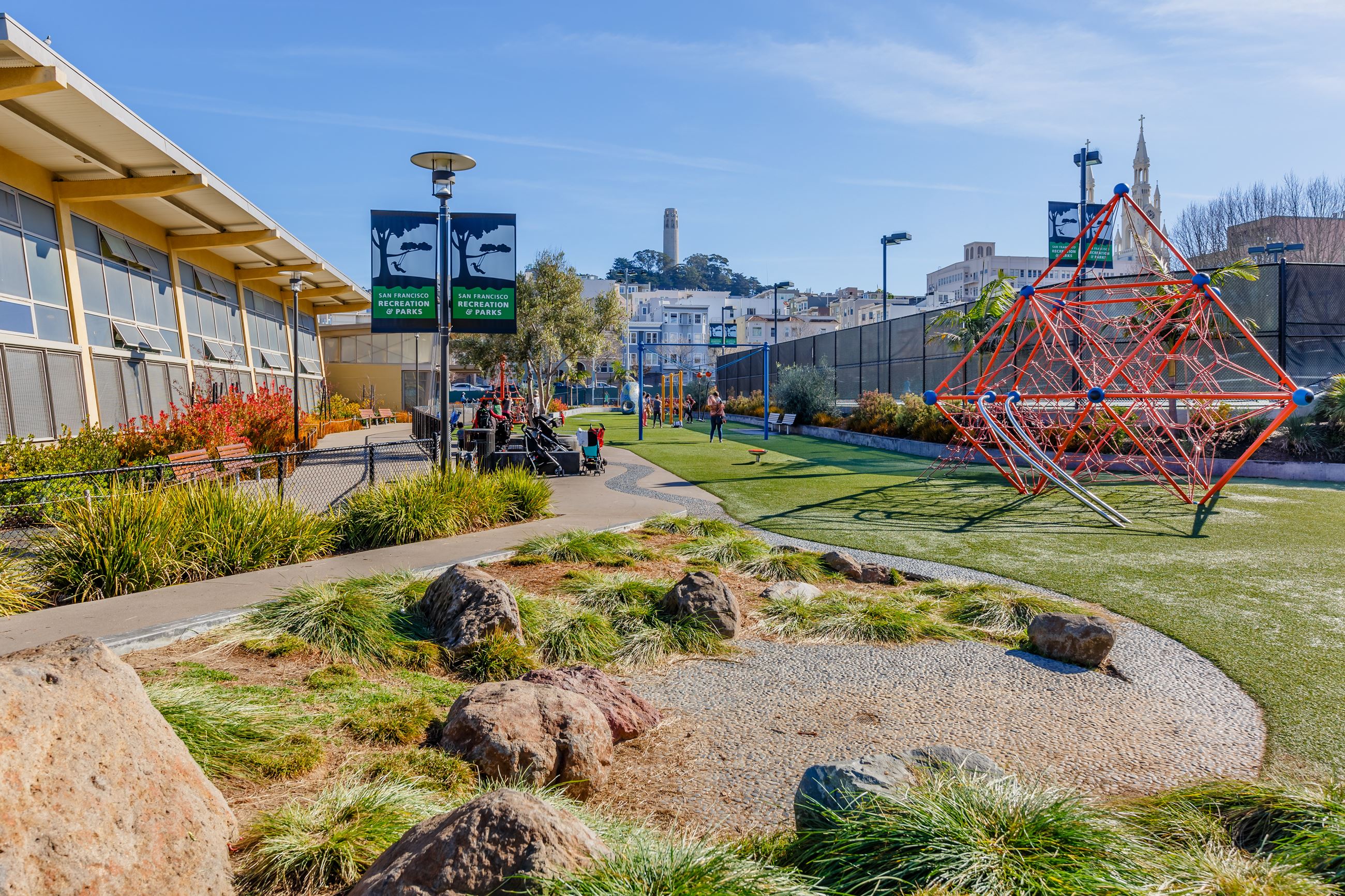 The Joe DiMaggio Playground is a 2-acre park with a children's play area, tennis courts, bocce courts, pool building, and sports courts. It sits directly next to the newly constructed North Beach Library and will transform one block of Mason Street from a street with vehicular traffic into a public park space. This project will reorganize and renovate all portions of the park, including:

The park's renovation realized a decade-old vision of the North Beach community. The neighbors, led by the Friends of Joe DiMaggio Playground, were active participants in the planning and design of the project, as well as independently fundraising for upgrades for the new project.

This project was funded by the 2012 Clean and Safe Neighborhood Parks Bond; it has received $6.3 million for the project. Additionally, the Friends of Joe DiMaggio Playground actively raised funds for additional upgrades to the park.

For more information about the Friends of Joe DiMaggio, please visit the Friends' website.