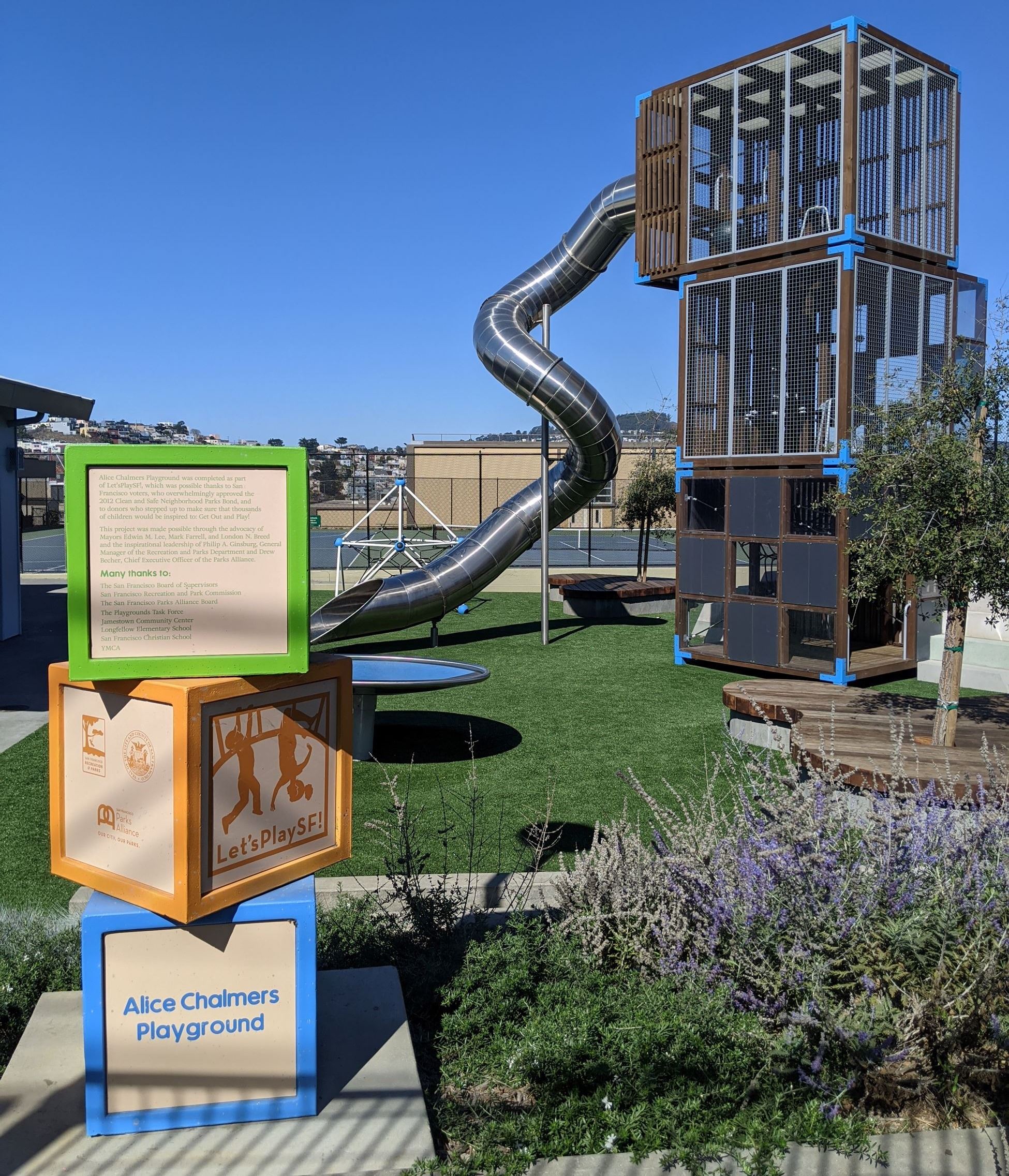 Let’sPlaySF! has its origins in the $195 million San Francisco Clean and Safe Neighborhood Parks General Obligation Bond approved by 71.6% of voters in November 2012. The Bond allocated $15.5 million to renovate dilapidated playgrounds through the City.

The initiative has fully completed 7 of the 13 playgrounds and are open to the public. All six remaining playgrounds are either about to start construction or are in the planning and design phases.

For status updates on the individual sites, click on a project.

All Tier 1 Sties are completed and open to the public.

Fort more background and to donate through our partner, the San Francisco Parks Alliance click here.

The Task Force was challenged to identify criteria for Failing Playgrounds and apply it to playgrounds throughout the city. The Task Force made recommendations to the Recreation and Park Commission on playgrounds to prioritize for future renovations. Criteria that the Task Force considered included the following: