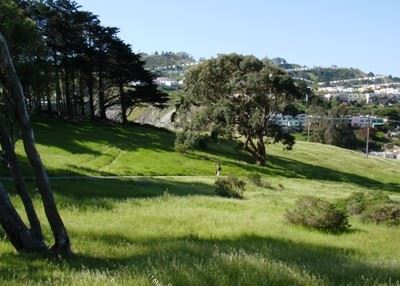 The improvements proposed by the McLaren Park Vision Plan (PDF) build on the existing trail network, including Philosopher’s Way. The framework includes multi-use loops in both the north and south half of the park and a thoughtful system of trails interior to the park that invite more adventurous visitors, on both foot and bicycle, into the wild core. The Recreation and Parks Department has identified four priority project areas with improvements to be completed with 2012 Bond funding due to the combination of their potential impact and the need to have a licensed contractor complete the more technical aspects in these areas. The Vision Plan outlines other improvements to be made as part of a future phase when other funding is identified.

The creation or restoration of natural features, such as lakes, meadows and landscapes and the creation or restoration of habitat for the park’s many species of plants and animals are included in this project scope. This work will be planned, designed and constructed in conjunction with the trail improvements. Trail and restoration work is completed together because many trails pass through or are nearby significant natural resource areas. When visitors are walking, running or biking on trails they can enjoy being near the healthy natural landscapes and habitats. This also helps guide the understanding of where sensitive habitats are in the park and provides the opportunity for education and stewardship.

The McLaren Trail Connector Project, which was funded by a federal Land and Water Conservation Fund grant, was completed in 2014. This project included improvements to 3 trail entryways in McLaren Park: Campbell Avenue, Visitacion Avenue Fire Road, and Persia just east of the picnic area.