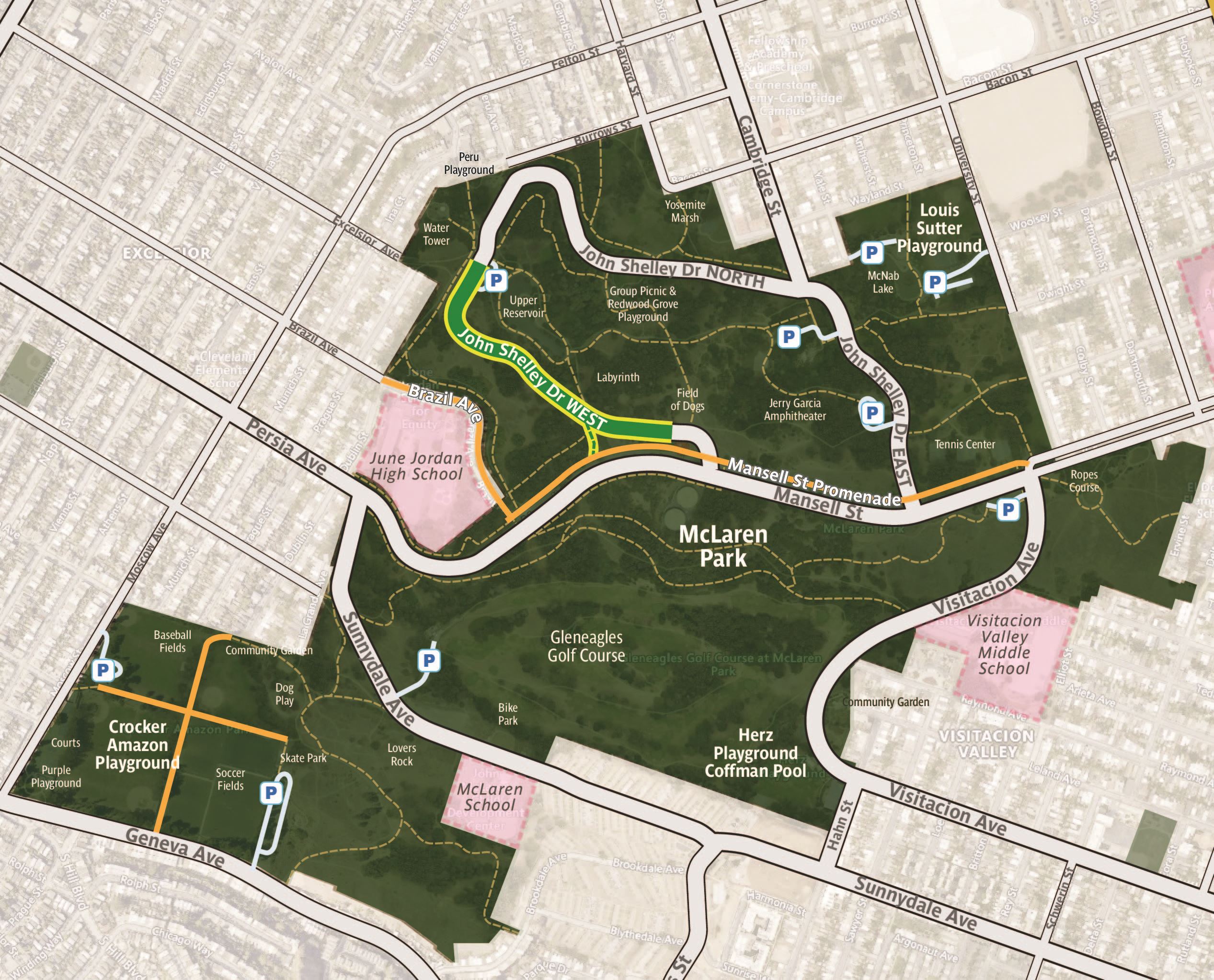 John Shelley Drive west loop, which has been closed to vehicular traffic since April 2020 as part of the City’s emergency ordinance to provide socially distant recreation, partially reopened on Saturday, September 4, 2021. This allows vehicles to travel on John Shelley Drive, from the intersection with Cambridge St. to the Upper Reservoir parking lot near the big blue water tower. The change ensures all park visitors can access the recently renovated Redwood Grove Playground and Group Picnic Area and the Jerry Garcia Amphitheater.

Please note this is a trial change in accordance with the emergency order and will revert back to pre-pandemic auto access the full length of John Shelley Drive if no legislative action is taken by the Board of Supervisors.

In light of the pedestrian usage of John Shelley Drive, and a grassroots movement to keep a portion of it permanently closed to vehicles, Rec and Park is focused on examining how the road should be used after the emergency order expires, including possibly converting a portion of the road to a car-free roadway.

A survey was conducted to solicit feedback on partial reopening options that best served the needs of the community; 260 responses were made regarding three proposals:

In spring 2022, RPD will conduct more extensive outreach to get input on a permanent configuration for John Shelley Drive that will include access at the dog play area as well as examining access along the roadway at Group Picnic and the Upper Reservoir.