Park closure coming soon - week of June 17 2019. We expect to begin the construction of the Washington Square Water Conservation project i 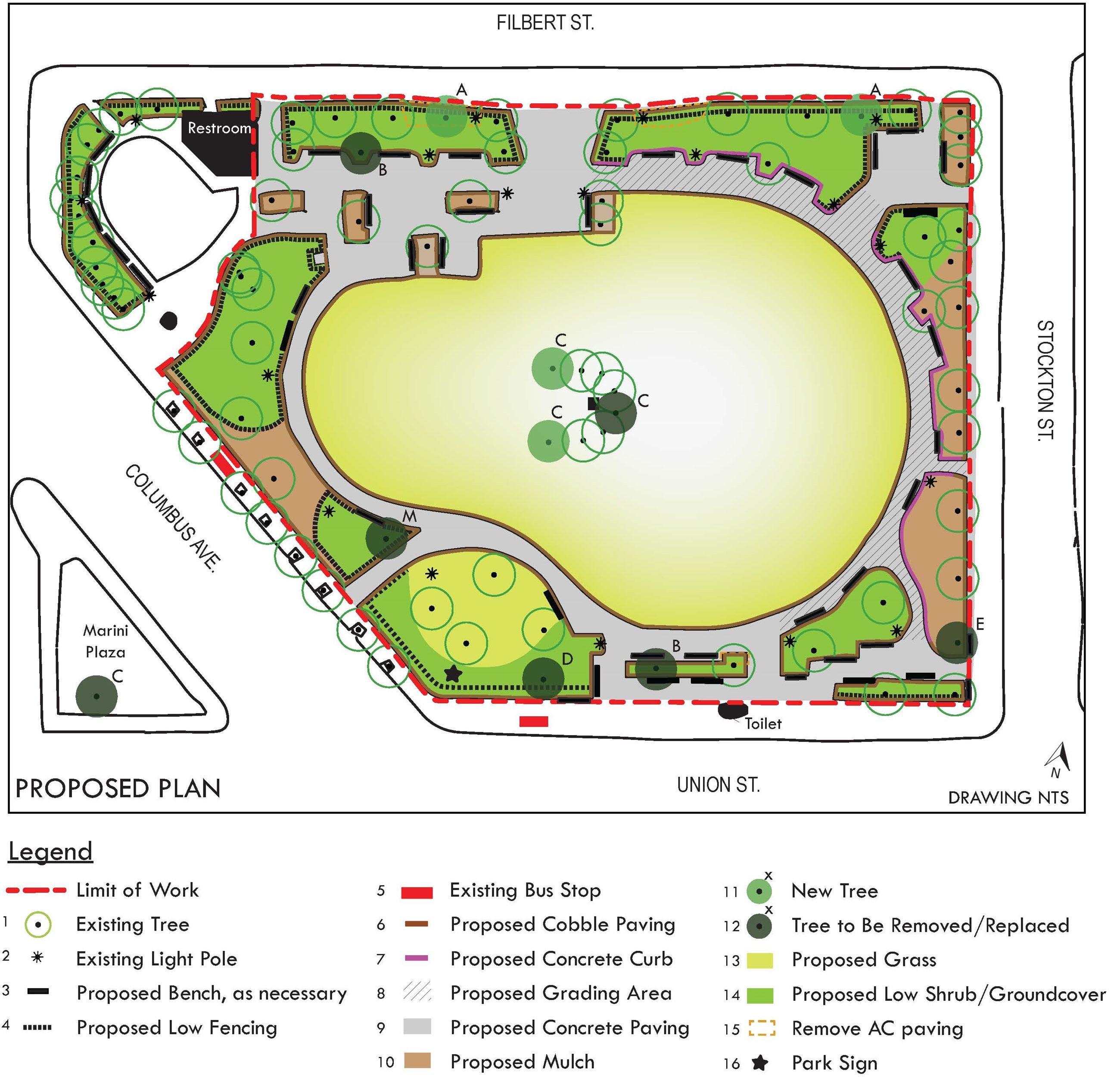 The San Francisco Recreation and Park Department is pleased to announce the upcoming construction for Washington Square Water Conservation Project. The project includes replacement of the park's existing irrigation system to conserve 2.2 million gallons of water per year, and will address saturated soil conditions on the main lawn and replace the aging pathways.

In 2012 the Recreation and Park Department partnered with the SF Public Utilities Commission (PUC) to develop a Parks Water Conservation Plan for twelve parks with the greatest potential for water savings. Of the twelve parks surveyed, Washington Square was the highest user of water on an annual per-acre basis. Other parks in the program include: 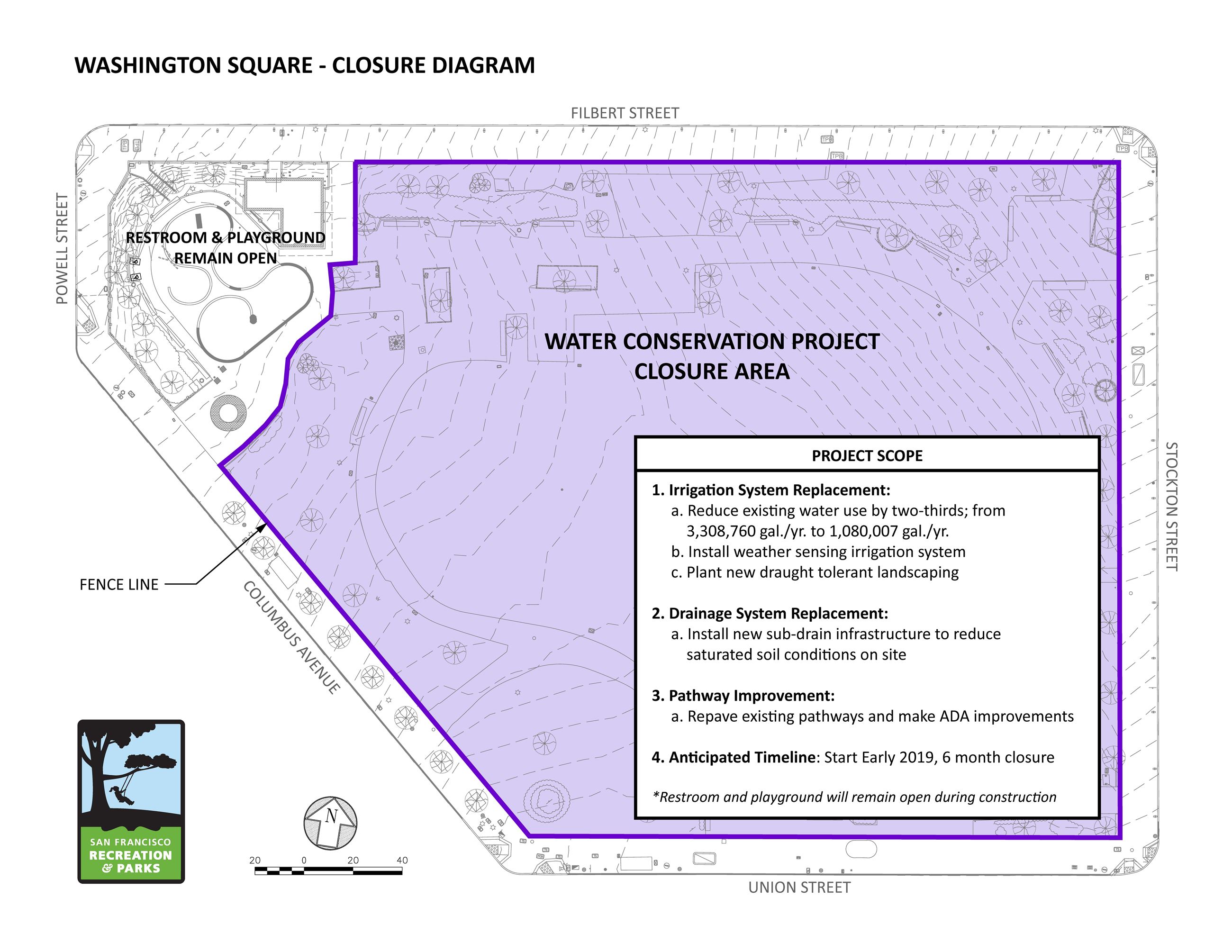 Washington Square contains 1.5 acres of irrigated lawn and garden, and current irrigation water use is approximately 3,300,000 gallons per year. The project scope will replace the antiquated 65 year old irrigation system. It is estimated the project will conserve 2,223,753 gallons of potable water annually - reducing annual water use by two-thirds. In addition to the PUC Large Landscape Grant, the department has secured funding to fully replace the park's sub-drain infrastructure to address frequently saturated lawn and other site drainage issues.