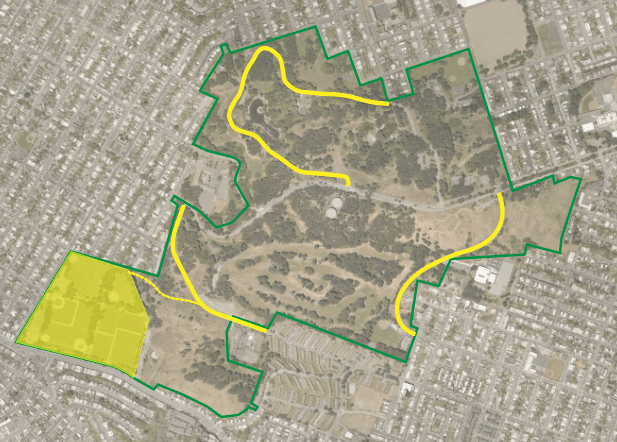 The McLaren Park Pedestrian, Bike and Streetscape Projects is an effort to improve safety for people walking, biking, taking transit and driving on McLaren Park’s streets and wide pathways, including:

The initial effort will concentrate on Visitación Avenue, which will bring a variety of improvements to the corridor including new sidewalks, new bikeways, new paving, and traffic calming, as well as opportunities for a new crosswalk, new landscaping, and lighting.

In 2018, the McLaren Park Vision Plan and the Visitación Valley Impact District called for redesigning the roadway to create pedestrian and bike access along the corridor. The crosswalk at Visitacion Valley Middle School has now been installed. The Recreation and Park Department was awarded a grant to fund the planning effort in this corridor, which will also coordinate with other projects in the area, as well as seek a capital funding source to implement the improvements that will come out of this effort.