The Golden Gate Park Safety and Access Program, a joint effort of Rec and Park and SFMTA, engaged with more than 10,000 people during an eight-month public outreach process, and has resulted in a program proposal.

In an online survey, approximately 90 percent of respondents were San Francisco residents. In total, 70 percent expressed support keeping JFK Drive car-free. People from every ethnic background expressed majority support for the car-free option, as did all groups under 65. Respondents expressed overwhelming support for improvements such as increased shuttle service, bikeshare, and access to the Music Concourse Garage. 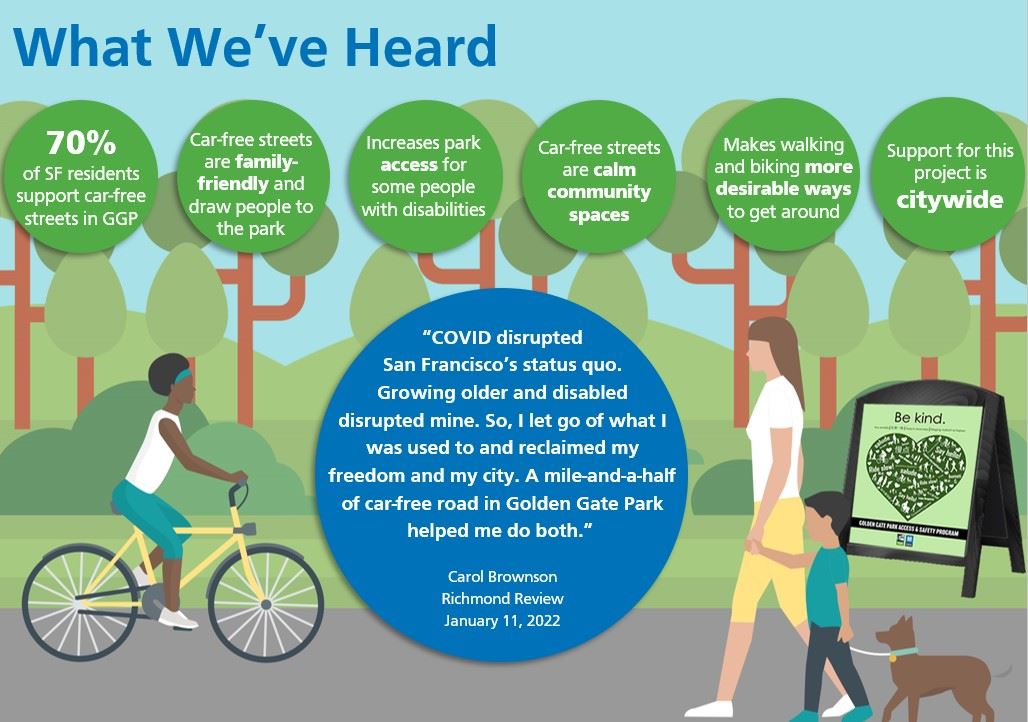 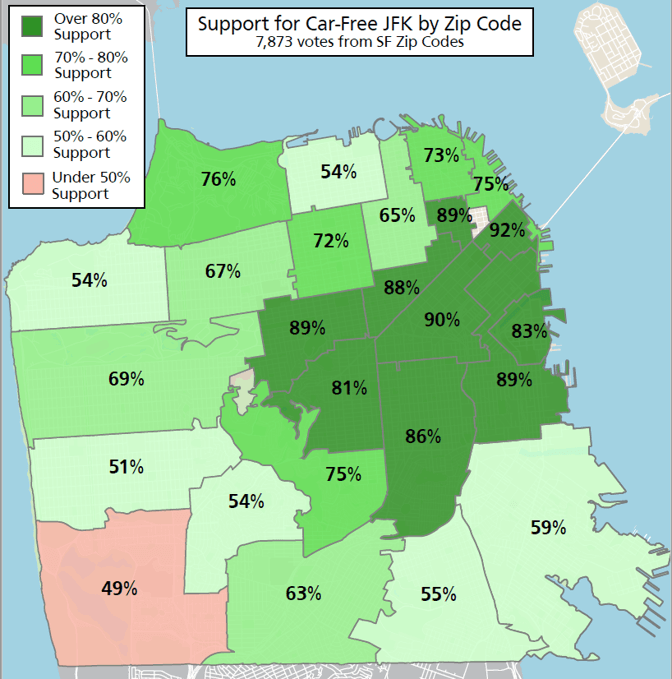 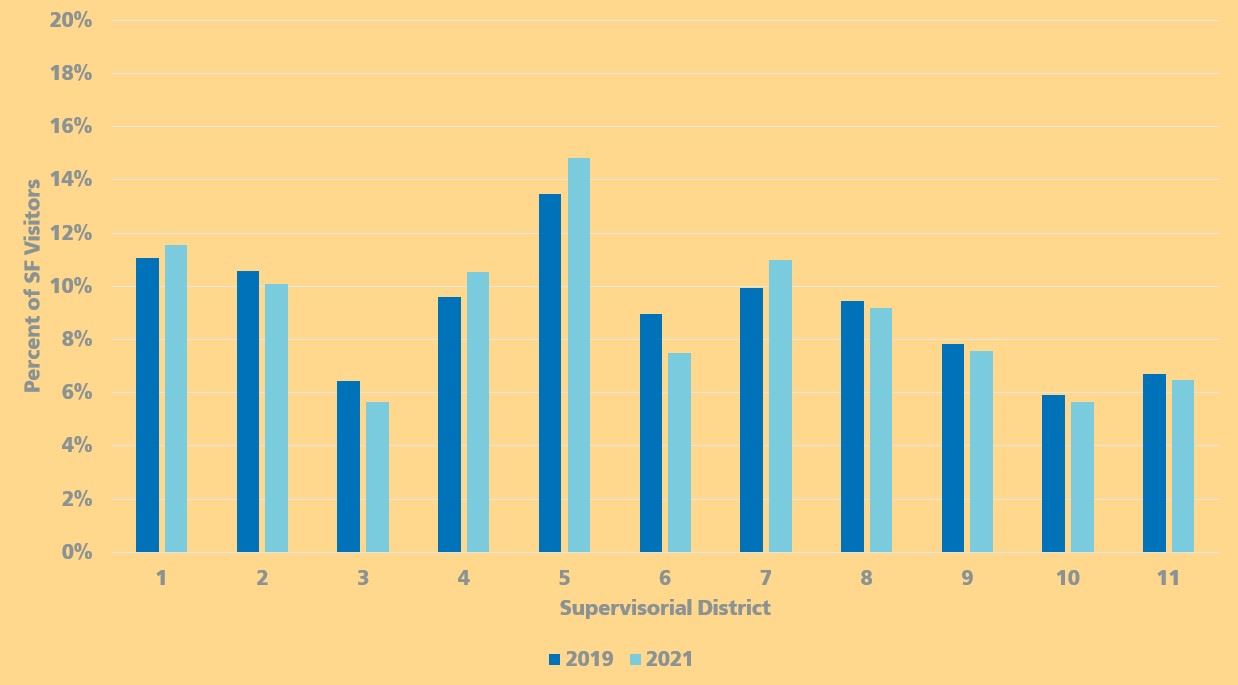 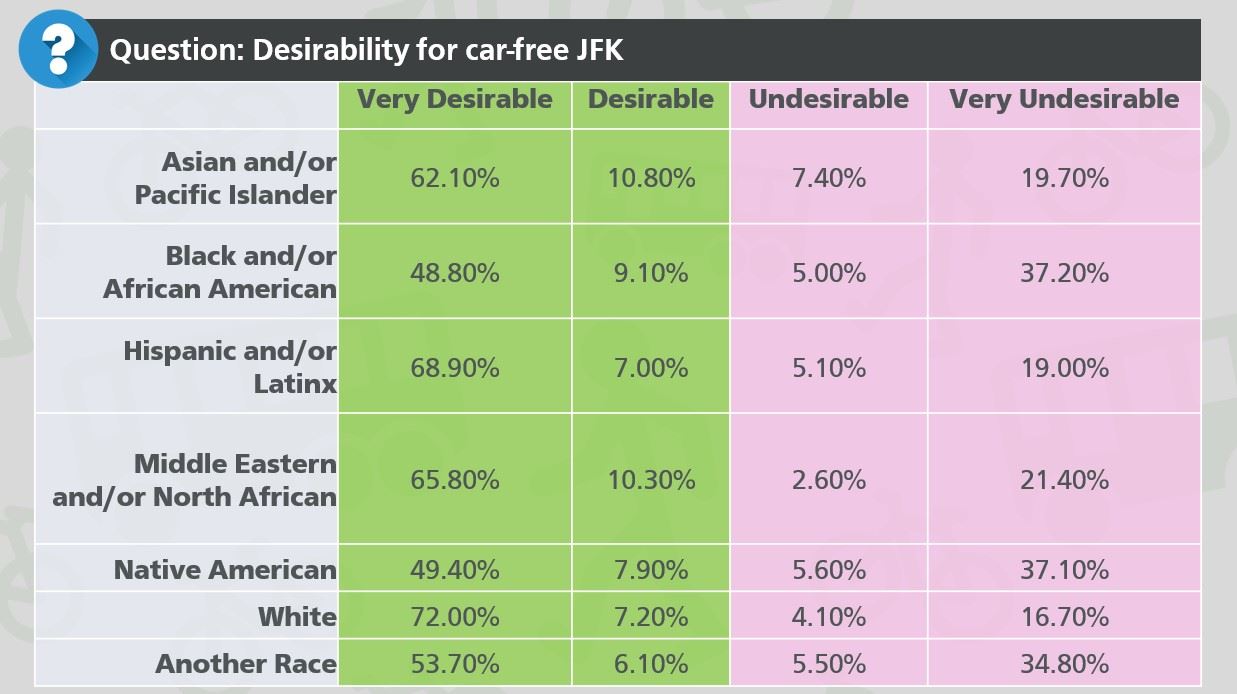 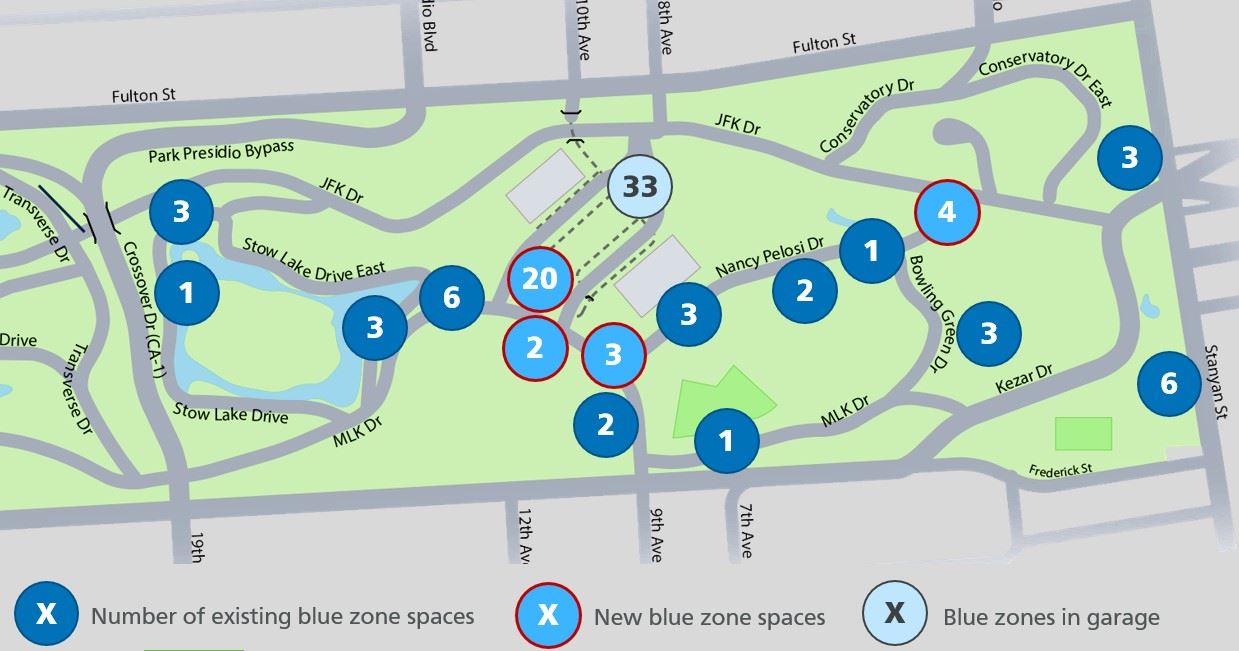 Vehicle Travel Time Analysis- Removing JFK as a link in the transportation network had no impact on vehicle travel time pre-pandemic.

In this example, Richmond District to Bayview, travel times were 45 seconds shorter on Sundays than on Saturdays.

In this example, Panhandle to the Outer Richmond, travel times were 72 seconds longer on Sundays than on Saturdays.

Removing JFK as a link in the transportation network has no impact on vehicle travel time post-pandemic.

The majority of San Franciscans live within a 15-minute walk to a direct MUNI ride to Golden Gate Park. 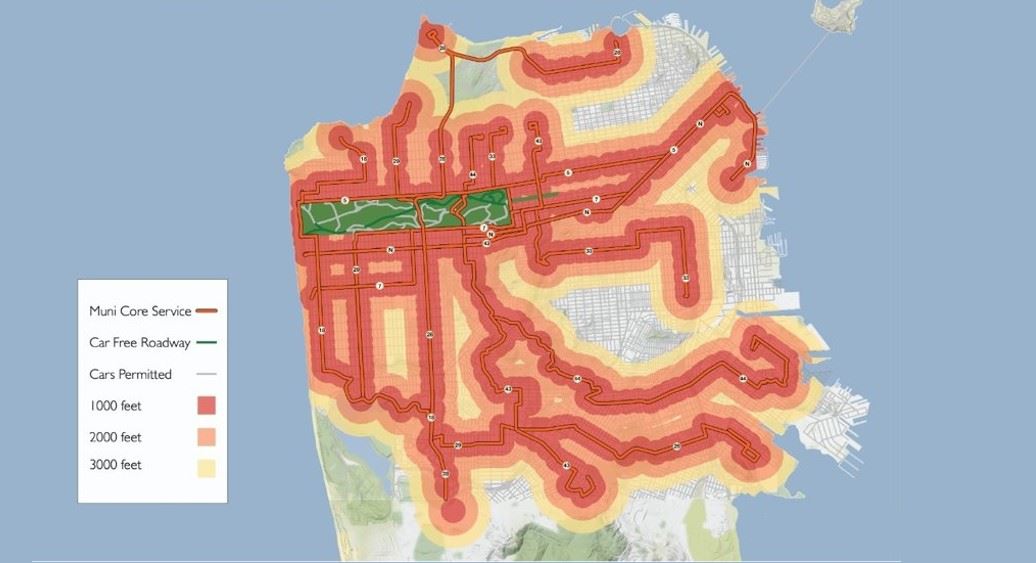