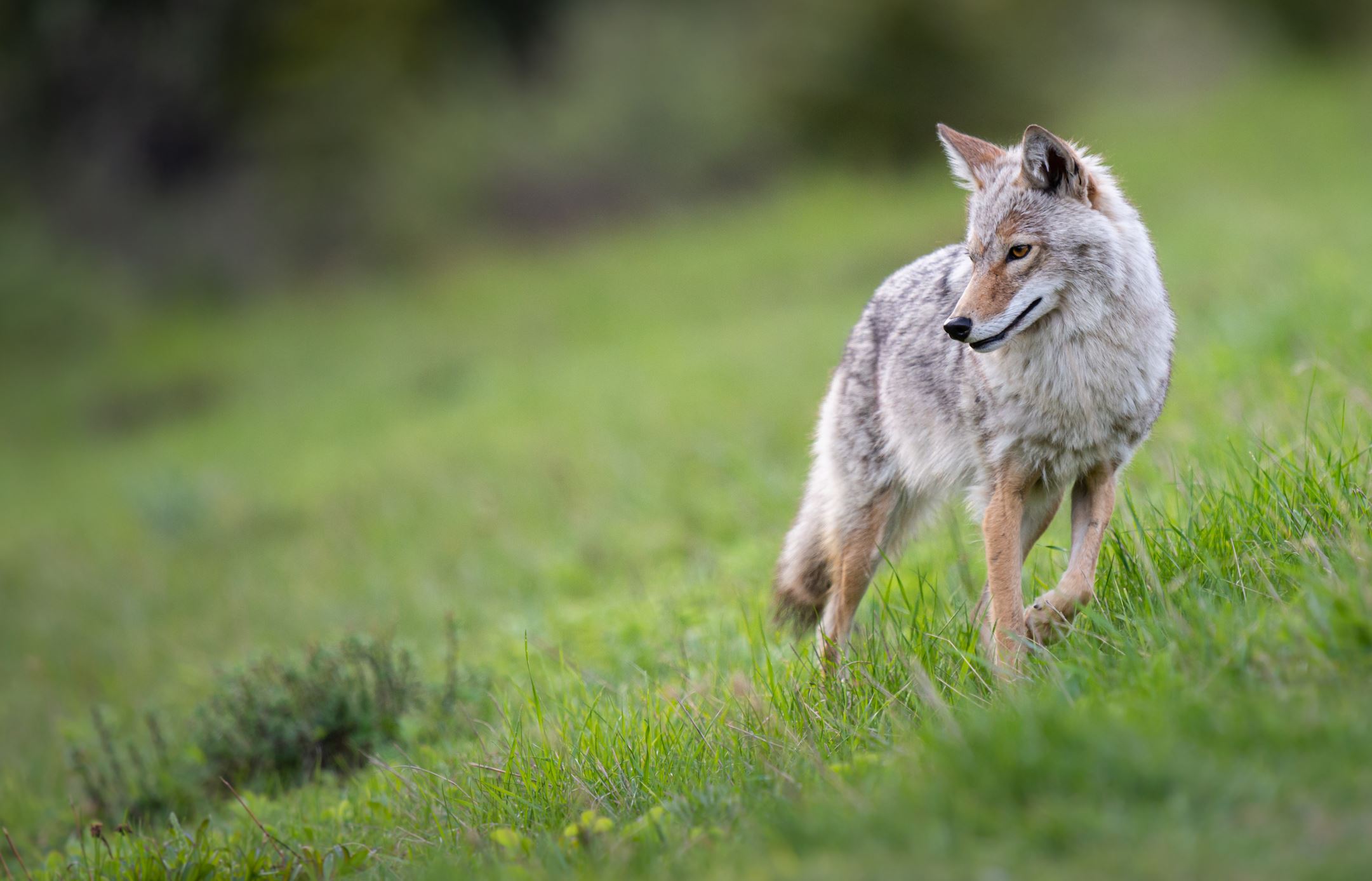 The San Francisco Recreation and Park Department is committed to preserving the biodiversity of all its native species. In recent decades, coyotes (Canus latrans), which are native to SF, have repopulated the city. Native predators such as coyotes play an integral ecological role in San Francisco by providing free and non-toxic rodent control (rodents are their primary food source!). Coyote attacks on humans are virtually unheard of, so you should not be alarmed by the presence of coyotes in the City. However, park visitors should observe these three key guidelines to help reduce potential coyote-human conflict:

Never, ever feed a wild animal! Feeding wildlife is always illegal, and whether done intentionally or unintentionally, feeding animals disrupts their natural behavior and reduces their fear of humans. In some coyotes, losing this natural fear leads to abnormal or aggressive behavior around people or their pets. Feeding coyotes often comes from wanting to care for them, but it has the opposite effect. Remember: fed wildlife is dead wildlife.

Coyotes will also eat garbage, fruit from trees or bushes, and pet food left unsecured outdoors. Do your part to keep these items away from coyotes.

If you encounter a coyote, slowly walk away. If you have a dog with you, make sure it is leashed, or if the dog is small, pick it up. San Francisco Animal Care and Control (SFACC) tracks all coyote-human conflicts, and the data shows that virtually all coyote conflicts involve the presence of an off-leash dog. Dogs are required to be leashed in all San Francisco parks, except for in Dog Play Areas. Pet owners, especially those with small dogs, should be particularly careful during early mornings and evenings when coyotes are most active. Coyotes may see smaller animals as prey so its safest to keep cats indoors. Coyote den sites have become more common in overgrown lawns, and coyotes may visit yards with accessible pet food or food remains.

If you are comfortable doing so, we encourage you to “haze” the coyote, which means trying to scare the animal off by making loud noises, waving your arms, and appearing as large as possible. Hazing a coyote does not put you at risk of being hurt by the coyote and is an effective way of restoring an individual animal’s natural fear of humans.

Coyotes naturally exhibit different behavior during mating, birthing, denning, and dispersal seasons. During birthing and denning season, coyotes become protective of their pups. It is common to misinterpret a coyote’s normal protective behavior during birthing and denning season for abnormal or aggressive behavior. But this type of behavior is not cause for alarm.

During these seasons it might become necessary for Rec and Park to temporarily close trails or paths to ensure the safety of the public, their animals, and wildlife. Please respect all posted trail closures, for everyone’s safety. During early dispersal season, when adolescents leave the den, coyote sightings may increase.