GGP Traffic Update Update on the New Traffic Pattern for MLK Drive in GGP Read On... 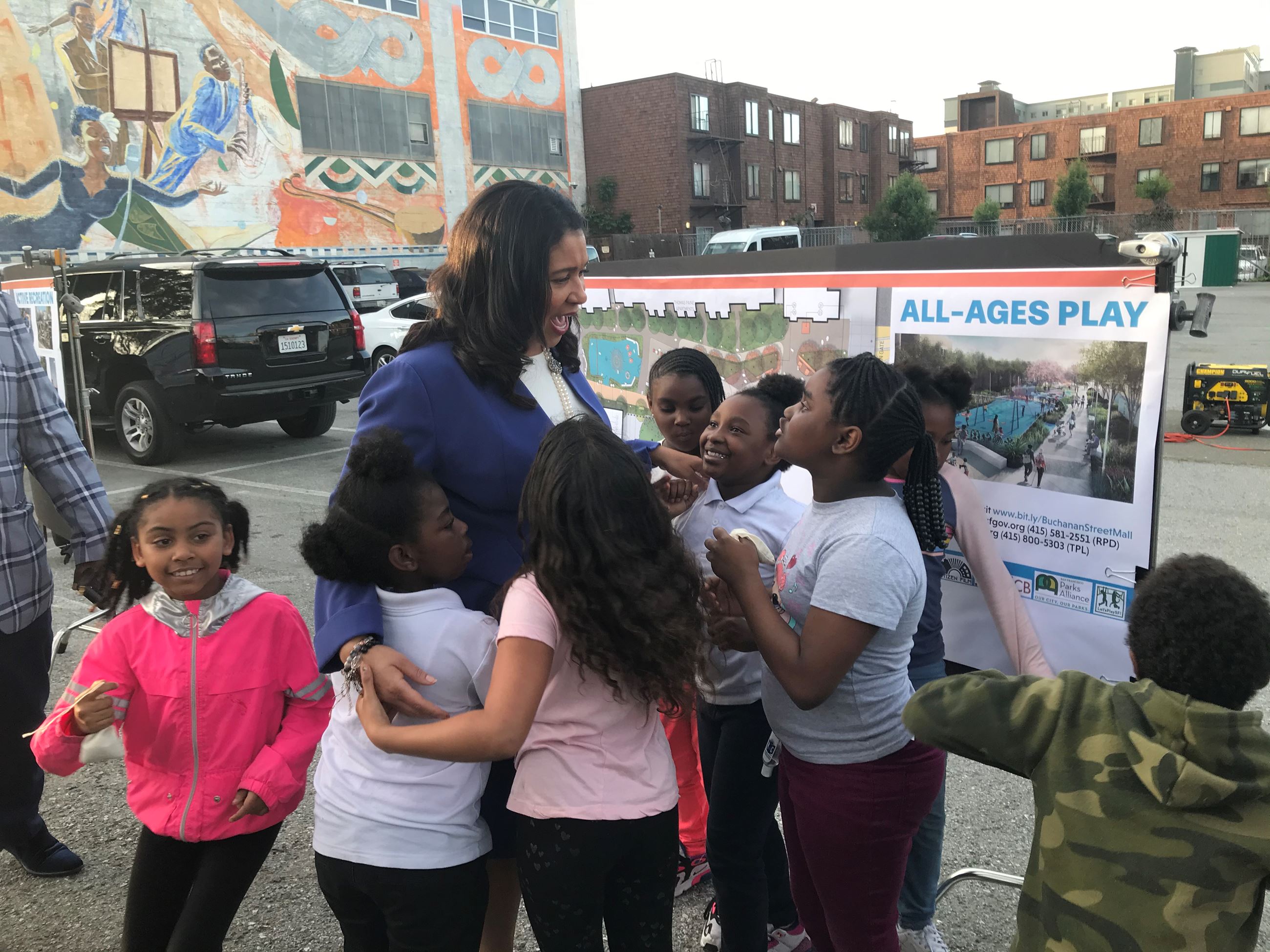 The Buchanan Mall partnership had its first success on November 7, 2015, when Supervisor Vallie Brown, Mayor London Breed, Green Streets, Citizen Film, The Trust for Public Land (TPL), The Exploratorium’s Studio for Public Spaces, and San Francisco Recreation and Park Department, along with many members of the Western Addition community, gathered to celebrate change in Buchanan Mall with the installation of the "Activation." The Activation was designed as a temporary installation of gardens, benches, archways, historical photos, lighting, and two "audio-domes" providing stories from the neighborhood.

After extensive engagement activities and workshops, the Buchanan Street Mall Vision Plan was generated by the Western Addition community and published by the Trust for Public Land in 2017. Rec and Parks then continued working with our partners Citizen Film, Green Streets, and TPL, to create a conceptual design for the entire five blocks of the park. The concept plan—developed by the Office of Cheryl Barton, with support from Studio MLA—was approved by the Recreation and Parks Commission in April 2020.

The concept plan was used to seek additional project funding and guide future capital investment as funding becomes available. The Recreation and Parks Department has contracted with SF Public Works for design and construction administration services for Phase 1, which includes full renovation of the Eddy – Turk, Turk – Golden Gate, and the McAllister – Fulton blocks, as well as improvements at all four segmenting intersections. Rec and Parks is also collaborating with the SF Public Utilities Commission to deliver green infrastructure that will better manage stormwater in the area and beautify the intersections along Buchanan Mall.

The Buchanan Street Mall conceptual design was funded by The Trust for Public Land and its donors. Project seed funding came from the 2012 Neighborhood Parks Bond Let’sPlaySF! program, Buchanan Street Mall was a named project in the 2020 Health and Recovery Bond, and additional funding sources include development impact fees, a joint green infrastructure partnership with the San Francisco Public Utilities Commission, a special California budget allocation from Senator Wiener, a Prop 68 Statewide Parks Grant, and other public funds.