The Playground opened to the public on October 14th, 2020! 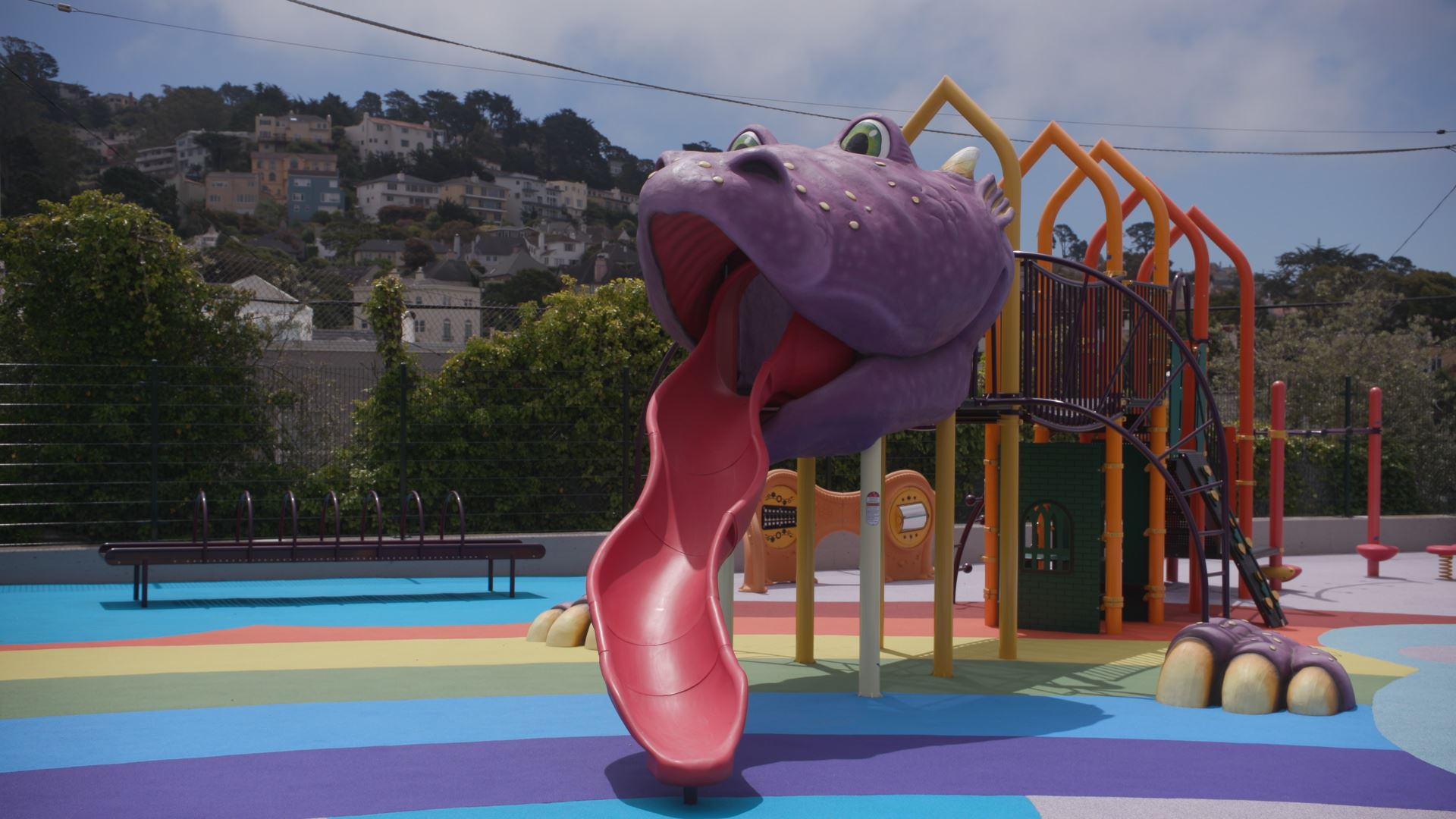 The renovation of West Portal Playground was part of the Let’sPlaySF! Initiative, a partnership between the Recreation and Park Department and the San Francisco Parks Alliance that seeks to inspire creativity and play throughout the City. 13 playgrounds prioritized for improvement by a citizen task force are in the process of being reimagined and redesigned for this and future generations of San Francisco’s children.

Friends of West Portal Playground (FWPP) embarked on a mission to reimagine, redesign, and renovate the well-used current playground. In their Community Opportunity Fund application, FWPP states that the playground’s facilities and grounds receive a great deal of use but are in disrepair; and that the proposed improvement plan considered ways in which safety could be increased for the playground and increase its usability for users of all ages.

The renovations included new vibrant and inclusive play equipment and accessible surfacing, in addition to various amenity upgrades to the park, including a nature nook for children, as well as new planting, seating and paving.

The project was funded by multiple sources including the Let’sPlaySF! Initiative; the Community Opportunity Fund program of the 2012 Clean and Safe Neighborhood Parks Bond, General Fund Add-Backs Fiscal Year 2014 to 2017 (secured by Supervisor Yee), state general fund money, the Open Space Fund and fundraising efforts from the Friends of West Portal Playground, all totaling approximately $3.5 million.